Review: 'No Time To Die' Caps Off The Daniel Craig Bond Era With A Emotional & Energetic Finale

United Artists Releasing
United Artists Releasing
Daniel Craig is finally retiring from James Bond, which means the end of an era is upon the franchise. Between the long anticipation of waiting for the conclusion of this character iteration since 2015's Spectre, and the pandemic causing us to have to wait a little longer on top of that, we finally have the finale to Craig's portrayal of the famous character.


No Time To Die starts off where Bond is enjoying retirement with his girlfriend Madeleine Swann until he is ambushed by the evil organization known as Spectre. Rattled by the surprise attack, he suspects Madeleine of deceit, causing him to have to abandon her and never see her again. Five years later, he is forced out of retirement to help an old friend, only for his mission to spiral out into having to save the world again, while reconnecting with his lost true love.


This final entry works as a proper sendoff to this era of James Bond because it combines the elements of the previous films into one movie. The elements of the espionage aspects from the likes of Casino Royale and the gritty, character-driven elements from that of Skyfall and Spectre were all combined to show reflections of this era's growth over the years. No Time To Die is able to make the life of a spy be exciting and fun again while making sure to continue the story of Bond finding his humanity as he tries to push away from being a spy.
Daniel Craig is just as great in the role of Bond as he always has been, which helps bring you back into this franchise's world after being absent from it since 2015. Since this is his last movie as the character, the film had a big uphill battle to make sure Craig is allowed the chance to give the character a proper goodbye, and I feel like that was delivered successfully. Craig brought his A-game as he always does, as he delivers another performance as the character with a terrific balance of his classic suave demeanor that echoes vintage Bond combined with his realistic, hardened characteristics that he developed through his life as a superspy.
Not only was it Craig's sendoff of the character, but it also was for many others. Craig's Bond was able to have great moments from returning characters like Felix Leiter (Jeffrey Wright), Q (Ben Whishaw), Moneypenny (Naomie Harris), M (Ralph Fiennes), and even Spectre big bad Blofeld (Christoph Waltz).
It was great seeing familiar characters again, but the newest characters brought some of the best moments of the movie. For instance, one of the big action sequences takes place in Cuba where Craig teams up with CIA agent Paloma (played by his Knives Out co-star Ana de Armas). This scene gave them a great dynamic as partners working together as professions who had to learn to work together on the fly. This also lent to de Armas to portray a superspy who is vulnerable, yet badass, which lent itself to some refreshing interactions that I've never seen portrayed before in a Bond movie.
But probably the best interactions were between Bond and the new 007 Nomi (Lashana Lynch). They both play into this aspect of the meaning behind the 007 title (there is no meaning) as they both pretend that it doesn't matter to either of them, yet they both puff out their chests as they try to one-up each other as being the "best" 007. Similar to his interactions with Paloma, it's a dynamic between him and a badass female character that doesn't feel like it's appealing to any agenda, but rather comes across as an authentic and amusing relationship.
The main plot thread of the movie is between the fractured relationship between Bond and Madeleine (Lea Sedoux), and how she is tied with the new big bad Lyutsifer Safin, played by Rami Malek. I have to admit, it's been a long time since I saw Spectre (I didn't really enjoy it) and I completely forgot Madeleine was in that movie. But as I was trying to remember what movie she was in prior, I somehow got swept up in their romance at the beginning of the film.  And because that landed so well, it helped me connect with their emotional conflicts as they tiptoe around each other trying to hide their true feeling during their life or death mission.
I also liked how Madeleine was connected to Malek's Safin, but the character itself is probably my biggest criticism. While I understood his motivations for his evil master plan, I also wound up feeling indifferent towards the character, unlike the attachment I had with villains like Le Chiffre (Mikkelsen) and Raoul Silva (Javier Bardem). Malek's performance was very good, but I think writing got in the way of nailing down his specific characteristics, which caused him to end up as one-note.
Despite that complaint, I think director Cary Joji Fukunaga gave this iteration of James Bond an entertaining and emotional send-off, which Daniel Craig and everyone who was ever involved in making these movies rightfully deserved. It was fun seeing James Bond in the theater again and might be up there in one of the better Bond movies to be released. 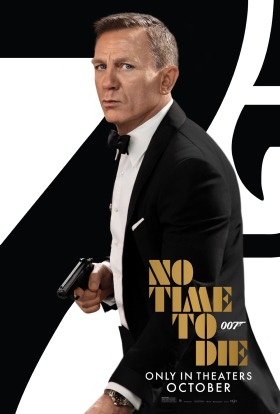 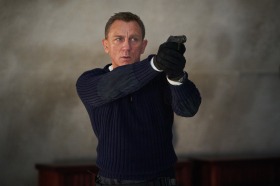 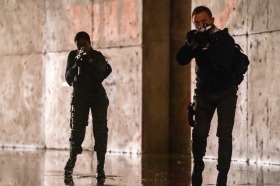