THIS IS HOLLAND Flies Audiences Across The Netherlands With Alcons Audio

Alcons Audio
Alcons Audio
Officially opened in February 2018, THIS IS HOLLAND was the first panoramic flight simulator in the Benelux countries, costing €18 million to develop and build. However, it quickly became obvious that the original audio system was not delivering the desired high quality, dynamic sound. An Alcons Audio pro-ribbon system was specified by Leisure Expert Group, transforming the experience as audiences are ‘flown’ at low level over many of the Netherlands’ best-known landmarks.
The 24m / 78.7 ft. tall cylindrical pavilion is based on the shape of an oil drum, reflecting its location at the former Shell petroleum company site at Overhoeksplein in Amsterdam. The experience combines imagery taken from a very low-flying helicopter, filmed with special permission from the Dutch authorities, taking visitors on a nine-minute virtual flight over Dutch landscapes, cities and heritage, including the bulb-growing region, Schiphol airport, the Dutch coast, the canals of Amsterdam, Rotterdam port, castles, other historic buildings, natural features and more. It features a unique soundtrack, along with moving audience seating and physical effects like smells and water sprays.
Leisure Expert Group worked with Brogent Technologies and technical installer Pro-Vision AV, whose Martijn van Weert says, “The aim was to deliver the best experience, giving visitors a real ‘wow’ factor and making sure they enjoy the dynamic soundtrack, which features special effects and orchestral music that range from very quiet to very loud. And, of course, the audio system had to be concealed invisibly behind the aluminum dome construction.”
“The challenge was the relatively small space in which the speakers had to be mounted and that they had to hang behind an aluminium perforated screen,” adds Kevin Mohr, Senior Technical Designer at Leisure Expert Group, who led the project to replace the audio system. “This screen blocks a lot of sound, especially in the high frequencies, so we needed a transducer that could compensate for the screen and still reproduce those frequencies at their required dynamic levels, without distortion.”
With the originally-chosen system lacking the impact necessary to fully complement the rest of the experience, This Is Holland was recently refitted with an Alcons Audio pro-ribbon system, comprising 11 CRS12 large format 12” reference surround and 14 CR1 ultra-compact 12” screen systems, suspended behind the perforated screen in a surround configuration with three layers of front speakers in high, mid and low positions.
Four Alcons double 18”  CB362 high-output, full-size subwoofers were added as low frequency extensions to help visitors really feel the experience, with the system powered and controlled by eight Sentinel3 and one Sentinel10 amplified loudspeaker controllers.
With the new system, the soundtrack was re-worked by its original creator Dennis Slot, remixing and adding further effects. The musical score was written by composer René Merkelbach.
“The Alcons pro-ribbon driver delivers the necessary power and clarity for the high frequencies, plus the system has great full-range sound reproduction, all in compact housings. In addition, the Sentinel amplified loudspeaker controllers compensate for the long speaker cables and deliver seamless control and communication with the speakers and pro-ribbon drivers,” says Martijn.
“René really summed up the benefits of the system, saying that he could now hear instruments that he had never heard here, only in his studio. Furthermore, visitor reactions have shown that the sound now comes across much better, giving them a sense that they are really ‘in’ the film.”
Joost van der Wereld, Technical Manager at THIS IS HOLLAND adds, “The combination of an immense dome screen, the movements of the attraction supported with special effects and a flawless audio system makes it feel like you are flying like a bird over the Netherlands. The audio effects range from very small position bound effects to full space-filling orchestral parts. The Alcons system has been found to be extremely suitable for this, because of the powerful pro-ribbon drivers that produce a pure sound at high power.”
Alcons background information;
Alcons Audio is a Dutch manufacturer of professional sound systems for quality-conscious clients in the cinema, installation and rental/touring industry.

The Alcons Audio team continuously strives for obtaining the most natural possible sound reproduction at any SPL for any application with utmost day-to-day consistency and reliability. This is achieved through a tameless curiosity combined with a fearless drive to develop and implement unconventional technologies and techniques. Alcons’ multiple-patented high-power pro-ribbon technology is just one example. 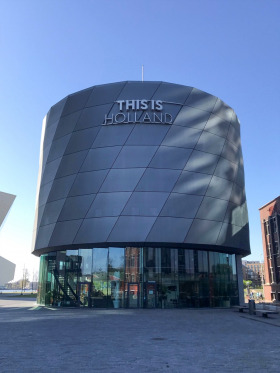 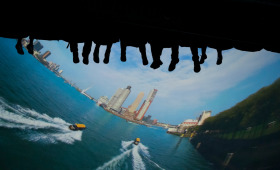 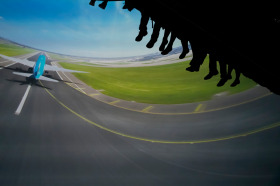