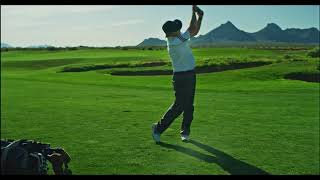 Trailer
Synopsis:
Sixty-five-year-old Joe Amable-Amo (Edward James Olmos) is struggling with his faith as his three-year-old granddaughter and her father have just died. The former amateur golf champion is besieged by encroaching old age, working as a bank executive, gearing up for retirement, deep concern for his wife’s (Kathleen Quinlan) unanswered needs, his humanitarian daughter’s survival, and a potentially lethal loss of faith. But, suddenly, in his office one afternoon, something supernatural happens…he is contacted by God. What does God Almighty have in mind for Joe? God has chosen Joe to deliver a message to the world; it’s this: The seemingly impossible is possible. God tells Joe he is going to play in the World Entire Golf Tournament, (the richest tournament in mankind), and if he can renew his faith powerfully enough, he will win. First and foremost, God wants Joe to meet his guide, his personal angel on earth. An incredibly quirky man named Herb (George Lopez). He drives a motorcycle and he makes golf clubs. He promises Joe that he will help him regain the ability of his youth. If Joe will trust, Herb, God, and himself.
Tag Line:
Trust And Believe
Insiders Only
Courtesy of Optimism Entertainment and SSI
Insiders have access to marketing materials, full-sized image downloads and much more! Tour The Benefits.
Optimism Entertainment
03/26/2021
PG
111
Edward James Olmos, George Lopez, Kathleen Quinlan, Christopher McDonald, Billy Boyd
Ross Kagan Marks
Mark Medoff
Faith