5 Pros and Cons About Those Luxury Dine-In Theater Things

I'm gonna preface this by saying yes, I'm aware I'm a little late to the game here, but apparently these high-class luxury dine-in theaters are becoming more and more of a thing.
I recently visited one that just opened up in a nearby town and, as a lifelong devout cinemagoer with a strong personal attachment to the ritual of purchasing the ticket, getting in line and getting the popcorn, getting that sweet root beer and occasionally getting those sour melons, I was cautiously curious about how this new approach to the movie theater experience would change these things that I hold most dear.
The first time I tried going, the movie I had my heart set on seeing was sold out, along with the next two showtimes. I can admit that this was a result of me not considering the fact that since the theater featured deluxe sized ultra-luxurious La-Z Boy recliners, I probably should have assumed that there was going to be a noticeably smaller amount of seats overall. And it was A Quiet Place's opening weekend (seriously, go see it ASAP if you haven't. Please. For your sake).
I found it a little strange that even though the film was supposedly completely sold out, the lobby and what looked like the concession stand was absolutely dead-empty. Seemed a little odd that there wasn't a trace of another human being anywhere in the lobby twenty minutes before the movie started trying to buy their popcorn and soda. Oh well. Purchase tickets for the first showing tomorrow, reserve my desired seats and leave.
Fast forward to 12:00 the next morning. Once again the lobby is completely devoid of human life, but I show the tickets and proceed passed the empty ticket-taking podium.
The theater itself was very spacious. I could tell right away why I failed to get a seat the previous day: there were way fewer seats in there than in a traditional theater. They were these large, cushy looking recliners spaced generously apart and with more legroom in the walkway than I ever thought could be possible. I found my seat and prepared myself for the biggest selling point of this place.
As soon as I sank into the chair, I believed all the hype. There were four buttons beneath the armrest. Like a child who takes endless pleasure in pressing, clicking, flipping and switching things, I began experimenting. Aaah, this lifts the leg rest up! Oooo, this tilts the whole thing backwards! Mmmmm, this makes my lower back feel real good...
Once I found the perfect combination of positions, I swiveled the food tray towards me and picked up the menus. Menus? In a theater? What is this? I flipped through those classic high-res professional portraits of bacon cheeseburgers, garlic fries, chicken wings, onion rings, pizzas, beers, wines, everything you would find on a traditional american-style restaurant. But one thing seemed absent – one thing synonymous with the moviegoing experience – popcorn.
I continued flipping through the exorbitantly priced entrées. There's no way movie theaters are doing away with popcorn. There's no way. And then I found it – the very last item on the very bottom of the very last page – "Freshly Popped Popcorn." One size, one price, the last possible item in the entire menu. That just rubbed me the wrong way.
A waiter approached, squatted down (a little strange) and began talking to me like any waiter would in a sit-down restaurant. I wasn't really feeling hungry for anything big, so I opted against trying out the featured meals. After ordering a popcorn and a root beer, the waiter seemed to be waiting for me to say something else. "Oh, is that everything?"
Now, I fully realize that he was just checking to make sure, but I couldn't help but feel that maybe someone ordering popcorn and soda and nothing else was a little out of the ordinary for these places (something reinforced after the movie ended and I made sure to closely yet nonchalantly observe the other audience members' food trays and realized that not a single other person had ordered popcorn).
I realize this is running a little long, but the biggest con about this place only made itself evident once the movie had already started. Each of the seats has a "Press for Service" button, not unlike the kinds you see on airplanes. Twenty minutes into this amazing film, the person to my right presses this button. A minute later, a waiter comes up to him and starts attempting to make small talk, no attempt whatsoever to whisper. The guy orders a pepperoni pizza.

Maybe ten minutes later, around the end of the first act, the same incapable-of-whispering-waiter comes back with the pizza. "Thank you for your patience, I have your pepperoni here." Queue the smell of pepperoni mixing with the smells of the burgers and chicken drifting down from those behind me. Then, after the dude's pizza was delivered and my olfactory senses adapted, the experience became just like any other traditional one, albeit with a chair fit for the gods.
Okay, so waiters walking in front of people's seats as the movie is playing and attempting small talk? That's not a plus. Popcorn coming across as an afterthought only added to appease those stuck in the past? A little questionable. But those seats? The presentation? The option of enjoying a fine glass of wine with your entertainment? And the distinct lack of noise (compared to traditional theaters) as a result of the fewer amount of seats? Definite pluses. Allow me to summarize:


Pros:
– Those seats, man. Those seats.
– The whole presentation made me feel like the theater was attempting to treat the act of going to the movies with more respect than the typical grimy (but loveable) theaters I'm so used to.
– The lack of congested concession lines. At first I was taken aback at this drastic change to the moviegoing routine, but after thinking about it for a few seconds I realized, "Do I really enjoy waiting in line for concessions more than having someone bring them to me in my comfy as hell recliner?" No. No I do not.
– Once the smells go away, the entrées all make far less sound than popcorn and are barely noticeable, so next time I very well may indulge.
– Refills are free.
Cons:
– Cups of soda are now in glass lidless cups, which means every time someone sets them back in their cupholder, varying volumes of CLANGS ring out. A small gripe I know, but when people take as many sips as they do and you hear it every time, it adds up.
– If you're poor and can't afford any concessions, the endless parade of smells will make you very sad.
– Waiters walking in front of your seat while the movie is playing.
– Waiters who try and make small talk with people while the movie is playing.
– Popcorn being the very last item on the menu. Blasphemy.
––––––––––
In conclusion, the majority of the cons about the luxury dine-in cinema experience are only cons because they are able to occur while the movie itself is playing. Something like a cut-off point for when you can no longer order concessions or request service would be a simple but effective solution. Maybe a reminder could be printed on the menus or somewhere else noticeable that would read: "We'd like to inform you that in order to preserve the immersion of the film, concessions and waiting staff will only be available up until the conclusion of the previews. Thank you for understanding." A little tongue-in-cheek, yes, but you get the idea.
Other than that, I'm a fan of these new high-end theater, choosing to see them as the sort of First-Class to traditional theaters' Economy Class. They won't be the new go-to for me personally, but I can easily see myself opting to choose them on special occasions. Welcome, luxury dine-in theaters, we're happy to have you as an option. 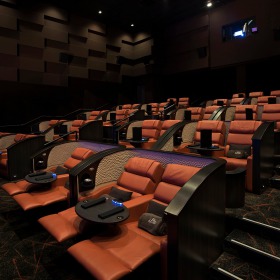 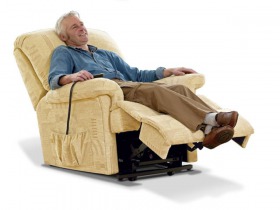 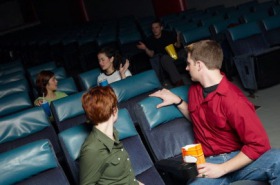 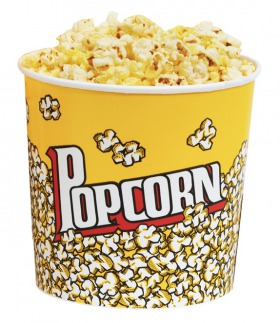 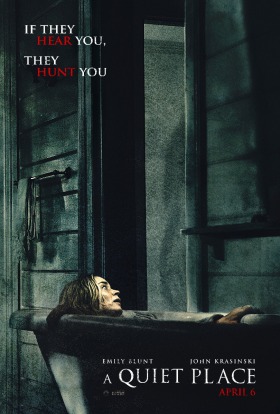