Paramount Pictures
Paramount Pictures
David Fincher is one of the few directors that you know you're in for a great movie regardless of what it could be. After having critical hits like Fight Club, Zodiac, The Curious Case Of Benjamin Button, The Social Network, and Gone Girl, Fincher had become a name where we'd want to rush to theaters to see what he has next.
However, since Gone Girl, he disappeared from making theatrical releases for a while. Instead, he switched to co-producing and directing some episodes of Netflix's TV series House Of Cards, and also became the showrunner for Mindhunter, which is also a show from Netflix. Now, he has his upcoming film Mank, a black-and-white period drama about the making of Citizen Kane. While it does have a "limited" theatrical release starting November 13, it will become available on Netflix in December. Now that we see that he has it made at Netflix, it's no surprise that he signed a four-year deal with Netflix.
This four-year deal adds insult to injury when you read his comments during his interview with Total Film. In the interview, Fincher explains his frustrations towards the film industry and what they are looking for in terms of content.
"Unless you’re making a tentpole movie that has a Happy Meal component to it, no one’s interested,” Fincher says. He explains that with many years of fighting to get Mank made, he finally got his chance when Netflix offered him to make whatever he'd like.
"One of the great things about working with Netflix is that there's not the same pressure on opening weekends as when a movie is released through a theatrical distributor and that the film will live on in the service’s library."

He explains further his displeasure with the industry and the direction it has been going, as he sees that it only either wants billion-dollar franchise films or awards contenders.
"There’s really only two seasons for movies. There’s ‘spandex summer’ and there’s ‘affliction winter’. You’re making your movie for one of two seasons. And if you miss, you’ll fall into one of those other two seasons, which are nominally dumping grounds. Does that make sense?”

Don't worry Fincher, all of us at SSI understand that perfectly. It has become difficult for theaters to bring in audiences if they aren't familiar, franchise films. Even if there's a movie who's in awards contention, most audiences aren't going to want to pay money to go out and see it. I'm sure Fincher would love for Mank to be released wide in all theaters, but odds are he's similar to Martin Scorsese and that he's tired of the type of films he wants to make not matching what the industry would rather make.
Clearly, filmmakers are understanding of what theaters are dealing with from studios, but streaming services are clearly more lenient to what these filmmakers want to make. Without having to worry about if their movie is a franchise starter and a box office hit, filmmakers have even more creative freedom from streamers to make whatever their hearts desire. First Scorsese, now Fincher, and don't be shocked if a lot more of them after that will follow suit. 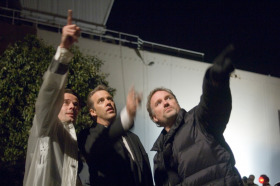 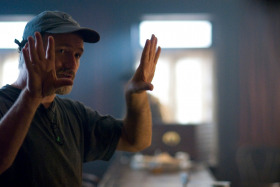 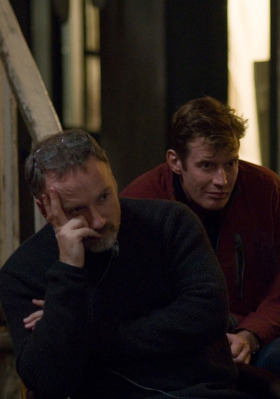