Warner Bros.
Warner Bros.
Deadline's exhibition sources are hearing that Warner Bros. is debating about moving their October 2nd release of Wonder Woman 1984.
Their report suggests that New York and Los Angeles not opening theaters until early October/late September is part of the reason why they'd want to move the superhero film to somewhere in November, or even late December. If Wonder Woman 1984 does move, it could cause their sci-fi film Dune to get bumped out of its December 18th date. Warner Bros. is also hoping for Tenet to hit big in the NY and LA markets, so they would want to push back Wonder Woman 1984 in order to make that happen.
This isn't exactly "breaking news" though as our industry has been predicting that Warner Bros. was thinking of moving Wonder Woman 1984. While many of us in the industry were hoping to see Tenet be shown all of September and then be followed up with Wonder Woman 1984, the real concern about WW84 being moved is if it will not be shown for theaters and will instead head to PVOD or streaming. Theaters will hope that it only moves a couple of weeks back but will breathe a sigh of relief regardless in hearing that the film will still have a theatrical release.
The report continues by predicting that WW84 could be moved to a December release due to the Christmas holidays being big for theaters. Take Aquaman for instance two years ago, which made $335 million domestically. Granted, due to COVID concerns, I don't see WW84 making anywhere close to that, but it should at least get moderate success if it releases around Christmas. While this means there will be a big glaring hole for October, at least it's comforting to know that Warners still wants it released in theaters.
However, Deadline says that there's a possibility that it gets a new release in November. Part of that being possible depends on Disney's upcoming Marvel movie Black Widow being moved from its November 6th release date. Nothing is confirmed about Disney wanting that to be moved, but I see it being a realistic possibility. If that moves out of November completely, I'm sure WW84 would take its place. I don't see either movie releasing anywhere close to MGM's No Time To Die, which is scheduled for November 20th.
Again, this news isn't shocking, but it is something to keep an eye on. Between the uncertainty theaters are facing due to COVID, studios are going to continue to play the waiting game with their theatrical releases. As long as studios still cooperate with theaters, we can make it work in having blockbusters continue to appear on the big screens. 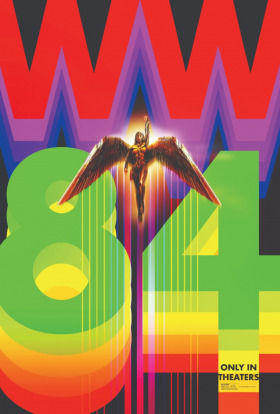 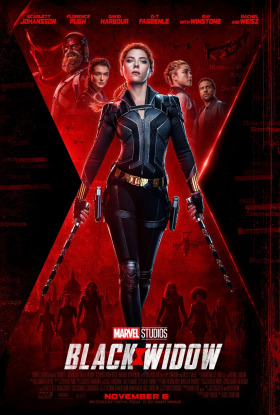