Review: 'The New Mutants' Is A Noble Attempt At Making An X-Men Movie In The Horror Genre

Walt Disney Studios
Walt Disney Studios
It's been three years in the making, but we are finally getting the anticipated X-Men spinoff The New Mutants. Naturally, after so many times of changing release dates, this movie does end up being released in theaters...during a pandemic. Yeah, figures.
Let's take it back a few years in order to gain some context. This film used to be a 20th Century Fox property (since it is a part of the X-Men franchise) until Disney had bought them out about a year ago. At the time when Fox was around, they were discovering how to make spinoff movies for their X-Men universe. With the successes of Deadpool and Logan, Fox figured they'd be able to do the same with The New Mutants comic book series by making a superhero movie that combines The Breakfast Club and horror. But due to behind the scenes issues and Fox's merger with Disney becoming a reality, The New Mutants slowly became an afterthought when it came to releasing it theatrically, until now anyway.

The New Mutants is about a young girl names Danielle Moonstar, who ends up being sent to a psychiatric hospital run by a scientist names Dr. Ceclilia Reyes, who helps teenagers control their "special abilities" in order to rejoin society. Danielle meets the other superpowered teens Rahne (Maisie Williams), Illyana (Anya Taylor-Joy), Sam (Charlie Heaton), and Roberto (Henry). Slowly, Danielle becomes one with their group, who all eventually discover that everything in the hospital is not what it seems.
After seeing The New Mutants, this will end up being an afterthought for many. While I loved the concept of a horror-esque Breakfast Club set in the X-Men universe, it just ends up not living up to its full potential. It has its moments of showing off some unique powers and references X-Men once or twice, but beyond that, it have much else to add.
Some characters have intriguing backstories, but it never takes time to let us learn about them. We get to know each of them through their interactions with one another, but a lack of chemistry all around with a clunky script doesn't help these characters flesh out. I really can't think of anything that I truly loved about the protagonists, or of any character pairings where I bought into their friendships or bonds.
If you've read my reviews before, you may remember that I am a major chicken when it comes to horror films. Sadly, I can tell you that I never got scared while watching The New Mutants. This is especially disappointing since the idea of a superhero film with a splash of horror was something I was looking forward to getting. The scares have good intentions, but end up being very lackluster.
I am very happy to have finally seen The New Mutants after convincing myself that this movie will never see the light of day, but that being said, I ended up feeling underwhelmed. I can see the majority of others feeling the same, which may not matter to Disney as they probably have their own ideas of what to do with the X-Men franchise anyway. 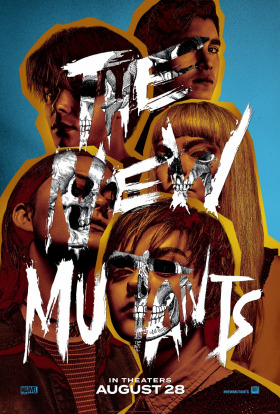 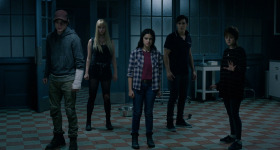 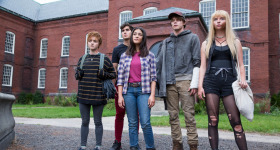