Are The Latest Delays For 2020's Blockbusters A Sign For The Rest Of The Year?

Walt Disney Studios/Warner Bros.
Walt Disney Studios/Warner Bros.
Just when it seems like the theater industry is about to move one step forward, it ends up taking two steps back. Tenet recently got pushed back another two weeks to be released on August 12th while Mulan got moved from July 24th to August 21st. Theaters were hoping these two blockbusters could stay on their July releases in hopes to save the summer, as well as the first half of 2020 after the shutdowns from COVID-19.
Even with these recent release changes, it may not stop there. According to Deadline, they hear that studios may still move their movies another two weeks. Deadline suspects that if that keeps up, then the current August schedule pushes into September.

Many theaters have been able to reopen by playing classic film titles, but they were banking on getting new content in July like Tenet and Mulan in hopes to get more audiences to come back. The recent spikes in COVID cases in America have made that more difficult for theaters, as some states are issuing shutdowns again ontop of studios constantly switching releases.
If theaters don't have to shut down again, they will hope for mid-tier type films such as Unhinged and The Broken Hearts Gallery to bring audiences in. But that could still be difficult as the studios for those films could push their release dates back farther to adjust to what Disney and Warner Bros. will do with their releases. Those mid-tier type films are also not a sure thing to get the biggest audience possible as compared to movies like Tenet or Mulan.
But perhaps it is a good thing for the tentpoles to be put on hold a little longer. According to a poll The Hollywood Reporter/Morning Consult conducted from June 26th-29th, 65% of U.S. adults are very unlikely to return to a theater after it immediately opens, while 56% of adults wouldn't go within two weeks of a reopening. However, 48% of adults would come back to a reopened theater within one month after their theater reopens. In fact, it may be a good thing that everything is being moved into August since 57% of adults are very unlikely to go to a theater in July. So while these numbers may not be comforting for theaters or studios, there's at least a sign of audiences want to be at theaters, but just need the number of COVID cases to go down.
But again, this goes back to the issue I mentioned above about how studios may still push their movies back even further. There's just no sign of COVID going down yet, and studios may have to keep adjusting their release schedules until something gives. Unfortunately, theaters can't have a say in the matter and will have to continue adjusting with the ever-changing schedules and do what they can with older titles.
Sadly, this is what 2020 may continue to be for theaters. It looks official that their chance of any sort of successful summer is now lost and will have to be creative with what repertory titles to play until studios finally stop moving their new movies around. Hopefully, COVID starts is official decline so theaters can get a successful second half, otherwise, this could become even more troubling for them for the rest of 2020 and beyond. 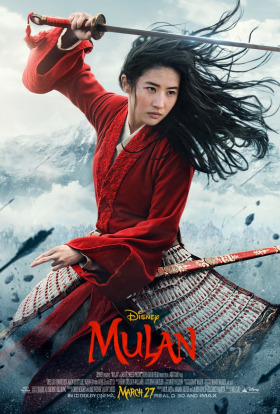 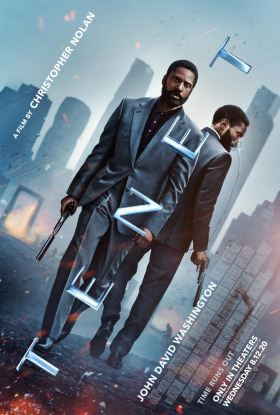