Academy Awards
Academy Awards
The Academy Of Motion Pictures & Sciences has pushed back its award show date from February 28th, 2021 to April 25th, 2021. The eligibility rules explain that a feature film must have a qualifying release date between January 1st, 2020, and February 28th, 2021. The announcement for the nominees will be held on March 15th, 2021. The deadline for specialty categories (animated feature, short film, etc.) will be December 1st, 2020. The deadline for general categories (best picture, scores, etc.) is on January 15th, 2020.

They have also announced that the Oscars will go back to their rule of 10 total Best Picture nominees for the 2022 ceremony. The previous rule was allowing a number of nominees between five to ten movies. This rule will not be used for the upcoming 2021 ceremony.
The Academy will also be working with the Producers Guild of America to create a task force to come up with new representation and inclusion standards for Oscars eligibility by July 31st, 2020. It will be headed by Academy president David Rubin and include A2020 Committee Chair DeVon Franklin. This will also not affect the upcoming February 2021 ceremony.
On top of that, the AMPAS is creating a series of Academy Dialogue panels to discuss race, history, and filmmaking. The AMPAS will also require mandatory unconscious bias training for all Academy governors, branch executive committee members, AMPAS employees, and all 9000 members. This will be part of the new Academy Aperture 2025 initiative that was created after A2020 surpassed its Academy diversity membership by adding more women and people of color to its voting committee. The dialogue panels will be called Academy Dialogue: It Starts With Us, which will be made available to members and the public to view.
These decisions don't really affect theaters, but it is nice to know that the Academy appears to be trying to become a more inclusive award show. It's been far too long to let the show not become very inclusive, so it's great to see some sort of change finally happening. It is also noteworthy to allow conversations that educate everyone about things such as race, history, and filmmaking.
I am not a big fan of the Academy mandating a strict 10 nominee rule for Best Picture as I feel each year could vary in how many films could legitimately make a case for being nominated. Take 2019 (92nd Academy Awards) for instance, where it ended up being absolutely stacked in terms of possible candidates, as compared to 2018 (91st Academy Awards), where arguments could be made that it was not as stacked of a year.

But for theaters, they may think this firm "10 picture rule" will be beneficial to them. While not all Academy Award contenders are guaranteed to boost a theater's business, the rule does give theaters more of a chance of getting quality content for the months of January & February. Every year you will always have a sizable choice of the best movies at the start of each year that could draw in business for your theaters, instead of wondering if the amount will be between five & ten. 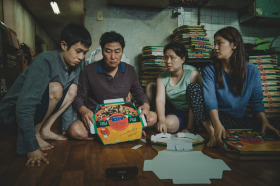 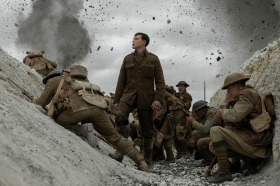 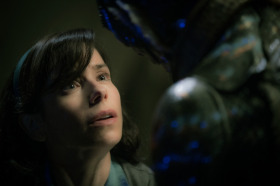 The Shape Of Water - Searchlight Pictures 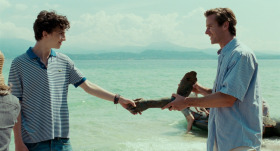 Call Me By Your Name - Sony Pictures Classics 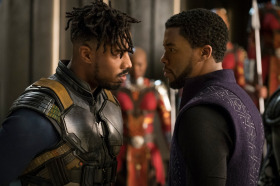