Sony Pictures
Sony Pictures
On Monday morning, THR wrote an exclusive about how Universal Pictures and producer Jason Blum are planning on scheduling a shoot of a movie on their lot soon. While it is unknown what the project would be, it is known that it is a low-budget movie ($6.5 million). The report says that the plan would include the cast and crew to live in a nearby hotel and have safety protocols in place due to Coronavirus. The biggest surprise in this report is the fact that no insurance to cover a shutdown will be involved during filming.
A studio source told Hollywood Reporter that these Blumhouse productions "are typically smaller and require a lighter crew, shorter shoots, and limited location work, [which is] part of the reason we can consider a fully on-location production on the studio's sprawling lot."
Though Universal and Blumhouse see these productions being able to be done quickly, the source also adds that: “Blumhouse and Universal aren’t moving forward with any plans until we get the green light from city, county and public-health officials. None of this preproduction planning work is being conducted on the lot itself. A small team of filmmakers and studio executives are currently working on those plans remotely. Safety of everyone involved is a huge priority, and nobody wants to rush into anything.”
If Universal and Blumhouse are able to go forward with this shoot, this probably will not only be a learning experience for both of them but will also convince other studios to follow suit in hopes to reopen the entertainment industry. However, that could be difficult to do for various reasons.
Rep. Ted Lieu (D-Calif.), explains in the report that there is bipartisan support for legislation that requires insurers to cover pandemic-related claims, but is unsure it will win the majority in the House. Brian Kingman of Gallagher Entertainment also points out in the report that unlike Hollywood, insurers don't react as quickly. Another source of THR's also explains how its a difficult decision to reopen the production of projects (especially big-budget ones) due to having massive exposure.
If Blumhouse and Universal get the green light from all the officials they have to report to, I could easily see them deciding to go for it.  My guess is Jason Blum already sees his productions having an advantage during this time because his movies are often low-budget and smaller in staff anyway. Yes, it is still risky for a studio to go forward on a project without insurance no matter what their budget is, but I think Universal will take that risk. It seems that Blum has gotten Universal to trust him on many occasions, so I could see them trusting him here.
If this all works out in the future, I could easily see other studios attempting this with their low-budget projects before slowly attempting this with bigger-budgets. Once that happens, the industry will be able to resume once again. 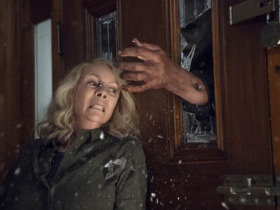 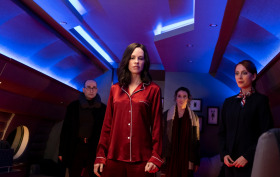 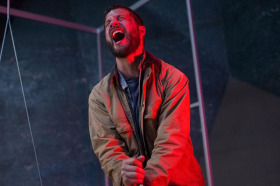 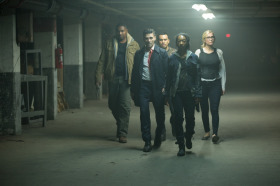