Universal Pictures
Universal Pictures
The Academy of Motion Pictures Arts and Sciences has announced a few adjustments to their rules.
They have announced that movies that became VOD releases or placed on streaming services are now allowed to be in contention for the Academy Awards as long as they were initially scheduled to be released theatrically. Once theaters reopen, the films that qualify here will have to book a seven-day theatrical run to keep their eligibility. This rule will be in effect until further notice. So films such as Trolls World Tour, Scoob! and The King Of Staten Island could be qualified, but films such as Netflix's Extraction or HBO's Bad Education would not because they were never planned on going to theaters.
This is a fair adjustment since outside circumstances have caused a shift in the industry, but I just hope this does not become a permanent change. I am okay with movies from streaming services becoming award contenders, but I understand that theaters would prefer to show these contenders at their theaters. If this change becomes permanent, then I can see studios and streamers (*cough, Netflix, cough*) taking advantage of this rule and not bother releasing them to theaters on a release longer than seven days.
The Academy has also announced that the Sound Branch's request to combine both the Sound Editing and Sound Mixing categories into one has been approved. This has been an idea that I have liked since this was first reported. While I'm sure movie lovers such as myself would rather keep the two separate awards, this is a smart way to shorten the show but still keep both editing and mixing recognized. The Sound Branch members are the ones who vote for those who get nominated, but the whole Academy votes for the winners. This usually leads to both categories having the same movie win, which kind of implies that the majority of voters don't know the difference (1917 and Ford v Ferrari did win the sound categories last year). I also think the majority of viewers of the show are not cinephiles, so having these two categories combined will not hurt the majority of audiences.
On top of that, all voters who are eligible will be able to choose the films that get nominated for Best International Film. Originally, members could only vote for the winner of the nominees without ever choosing who can be nominated. The films that got nominated were run by a volunteer committee who had to prove they have seen all the international films in the running. These films will be available for the Academy through their members-only streaming service, Academy Screening Room. This service will also have VOD/streaming titles for the voters to see within 60 days of when they first got released.
This upcoming Academy Awards might end up being a bit more interesting than usual with all that has happened. We will see if these adjustments will work out for the better. 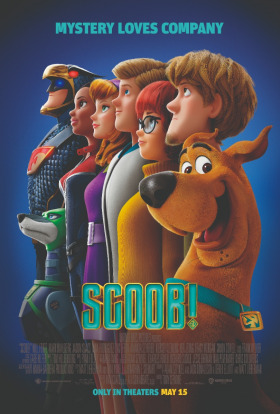