Sony Pictures
Sony Pictures
No folks, this is no April Fools joke. This is a real project that would fit only Edgar Wright's directing talents.
I already mentioned this briefly in today's News Briefs, but this project excites me so much I had to write about it some more. I've become a fan of Wright's due to the movies he makes and his love of the theater experience. So hearing about a project such as this with Edgar Wright involved is certainly something I need to talk about.
According to THR, Edgar Wright is attached to direct a movie that will be an adaptation of the upcoming novel Set My Heart to Five, by Simon Stephenson. Its synopsis is as follows:
According to the synopsis the story is "set in an all-too human 2054," and follows Jared, an android that works as a dentist, as he undergoes an emotional awakening that is sparked by an introduction to '80s and '90s movies. He then embarks on a quest to convince humans that he and his kind should be permitted to feel. It’s a quest that leads to an unforgettable adventure across the West Coast of America, determined to meet to programmer that created him and write a film script that will change the world.


So you mean to tell me that the director who created films like Hot Fuzz, Scott Pilgrim, and Baby Driver is attached to this insane story? Honestly, I can't think of a better match. Having an android be given Wright's style of drama and comedy while paying tribute to 80's/90's cinema is something that will convince me to see in a theater.
Author Simon Stephenson is set to adapt the screenplay and Working Title Films - whom Wright has worked with before - will be developing the project. Focus Features will distribute the film.
Who knows if this will be his next project after finishing up with Last Night in Soho (which I can't wait for) but its one that I will be anticipating regardless. 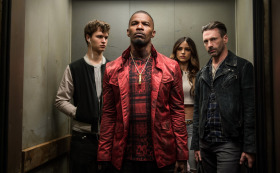 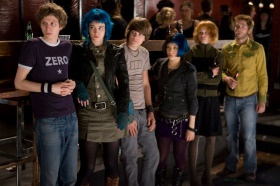 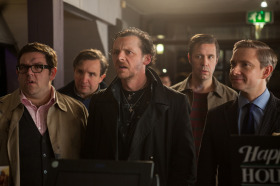