Sony Pictures
Sony Pictures
We are now only days away from the Academy Awards announcing their winners. While I have a few ideas of who I'd want to see win, I have followed the awards season enough to know that my picks won't line up completely with theirs. I won't give my thoughts on who wins some categories simply because I am not knowledgeable in some fields to give the fairest opinion. Hopefully, I will either do well at guessing the winners or my personal favorites will get their dues.
––––––––––

Best Picture:
Who I Think Will Win:1917
Who I Want To Win: Parasite/Jojo Rabbit
I see the Best Picture category coming down between Parasite, Once Upon A Time In Hollywood, and 1917. My personal vote would be Parasite, and I would also love for Jojo Rabbit to pull an upset. But I think 1917 is trending towards being the big winner. It's the most recent movie out of all the nominees and it's getting lots of critical and box office success to where it could convince voters it should take home the prize.

Best Director:
Who I Think Will Win: Bong Joon Ho - Parasite
Who I Want To Win: Bong Joon Ho - Parasite
Since I see director Sam Mendes winning Best Picture, I think that means Bong Joon Ho will get the win for Best Director. I would love to see that for him because to me, he directed one of the best films of the year. I think many voters think the same as me and would at least want him to win a big award such as this.
Best Actor:
Who I Think Will Win: Joaquin Phoenix - Joker
Who I Want To Win: Adam Driver - Marriage Story
I think the majority of people can agree that Joaquin Phoenix's performance of Joker was amazing. Even with an average script, he manages to give some complexity to his Joker character and ends up carrying the whole film. My vote would've gone to him if Adam Driver hadn't blown me away with his heartbreaking performance in Marriage Story. Whether his performance is in your face or completely subtle, he makes sure you feel empathy for him the whole way through.
Best Actress:
Who I Think Will Win: Renee Zellweger - Judy

Who I Want To Win: Scarlett Johansson - Marriage Story
I was late to the party on Judy, but I now fully understand the love Renee Zellweger has been getting. Her performance is so good that you almost buy into thinking you're watching the real Judy Garland. While the writing was not very strong, you understood Judy Garland a lot more thanks to Zellweger's performance.  However, I would vote for Scarlett Johansson for the same reasons I give for Adam Driver's. She is equally as good as Driver is, showing a wide variety of emotions that help make you understand what she is having to go through with such a troubling situation as divorce is.
Best Supporting Actor:
Who I Think Will Win: Brad Pitt - Once Upon A Time In Hollywood
Who I Want To Win: Brad Pitt - Once Upon A Time In Hollywood
I don't find this to be one of the strongest categories this year, which I think adds to why the voters will choose Brad Pitt. But I do also believe Pitt's performance was one of the best-supporting roles this year. Brad Pitt's character, Cliff Booth, helps us gain an understanding of life in 60's Hollywood, while also being just so darn smooth and likable. Despite questioning how many screws are loose with Cliff Booth, you can't deny Pitt's cool demeanor is so infectious that it creates him as a sort of guide through the movie. Without Pitt's performance, the movie does not work.
Best Supporting Actress:
Who I Think Will Win: Laura Dern – Marriage Story
Who I Want To Win: Scarlett Johansson - Jojo Rabbit
Just about everyone loves Laura Dern's performance in Marriage Story, and I'm sure lots of voters love Laura Dern in general. I thought Dern did very well with her role, but it wasn't one where I'd want her to win an Oscar for. Scarlett Johansson's performance was the perfect anchor for the type of story Jojo Rabbit was, and it's one I remember the most over the other nominees.
Best Adapted Screenplay:
Who I Think Will Win: Todd Phillips & Scott Silver – Joker
Who I Want To Win: Taika Waititi - Jojo Rabbit
I know Jojo Rabbit recently won the WGA for Adapted Screenplay, but I have a nervous suspicion that Joker will be voted as the winner here. While I didn't find the script to be as weak as Erik did, I don't think it really needed to be nominated either. I think the WGA got their winner right with Jojo Rabbit. Waititi's writing helps Jojo Rabbit become an outlandish satire that tells a valuable lesson about human growth and acceptance of others in the most emotional of ways. Hopefully, Jojo Rabbit becomes the winner.
Best Original Screenplay:
Who I Think Will Win: Quentin Tarantino – Once Upon A Time In Hollywood

Who I Want To Win: Bong Joon Ho & Han Jin Won – Parasite
I think this category is very competitive and is one that's up for grabs. But I feel that between the Academy loving Tarantino and Hollywood loving movies about themselves, Once Upon A Time In Hollywood will be their winner. While I wouldn't be against it winning, I would love to see Parasite run away with this award.

Best Animated Feature:
Who I Think Will Win: Toy Story 4
Who I Want To Win: Klaus
As compared to other categories, I think the Academy nailed the nominees for this one. I think voters will give Disney another win with Toy Story 4 but would love to see Klaus take it. Klaus became one of the biggest surprises of the year because of how delightful and heartwarming it is.
Best Cinematography:
Who I Think Will Win: Joker
Who I Want To Win: The Lighthouse
Joker's cinematography is one of the best things about the movie, and I think voters will recognize it for that. The Lighthouse would be my pick because its cinematography made me feel like I was sucked into the movie and was trapped with Robert Pattinson and Willem Dafoe the whole time. I did not get that from the rest of the contenders, despite their cinematography being impressive in their own ways.
Best Film Editing:
Who I Think Will Win: Ford v. Ferrari
Who I Want To Win: Ford v. Ferrari
Ford v. Ferrari has gotta win something, right??
In all seriousness, I do think Ford v. Ferrari will be the winner here, nor would I be against it winning either. Ford v. Ferrari is a wonderful movie, and I would like to see it get some love.

Best Costume Design:
Who I Think Will Win: Once Upon A Time In Hollywood

Best Foreign Language Film:
Who I Think Will Win: Parasite
Who I Want To Win: Parasite
While I see Parasite being a top-three contender for Best Picture, I think voters will instead give it the win for Best Foreign Language Film.
Best Original Score:
Who I Think Will Win: Joker
Who I Want To Win: 1917
The score of Joker is a highlight that I have seen many rave about, and I think that love will transition into an Oscar win. I would vote for 1917's score because I felt it played a more crucial role in its story better than the rest of the nominees.

Best Original Song:
Who I Think Will Win: I'm Gonna Love Me Again - Rocketman
Who I Want To Win: I'm Gonna Love Me Again - Rocketman
This is a category that I don't really care about, but I want Rocketman to get a win of some kind. I am still angry for the Academy not nominating Taron Egerton and I will not let it go.
Best Animated Short: Hair Love
Best Live-Action Short: Brotherhood
Best Documentary Feature: Honeyland
Best Documentary Short Subject: Learning to Skateboard in a War Zone (If You're A Girl) 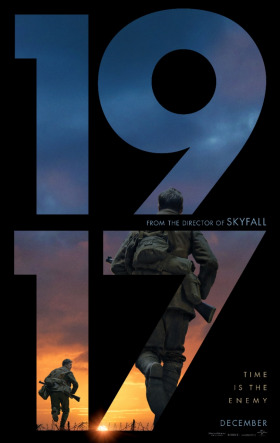 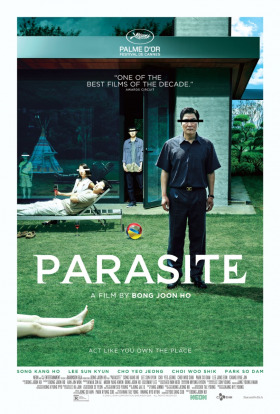 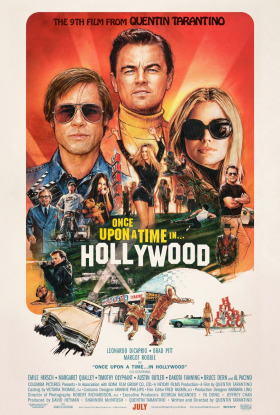 Once Upon A Time In Hollywood - Sony Pictures 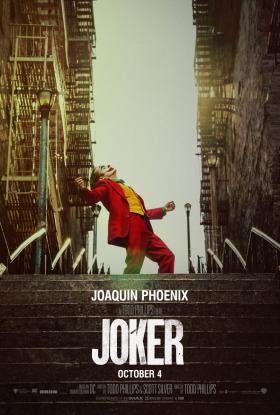 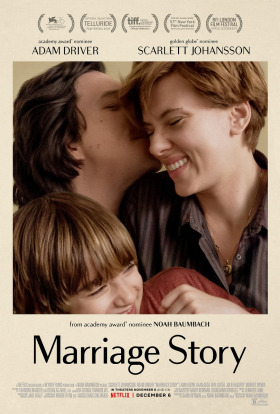