Warner Bros.
Warner Bros.
Warner Bros. has recently signed a deal with a company called Cinelytic. They are a company who uses AI technology to "make faster and better informed greenlight, acquisition, and release decisions." Warners has signed the deal to "assess the value of a star in any territory and how much a film is expected to make in theaters." It should also give them "better dollar-figure parameters for packaging, marketing and distribution decisions including release dates."


Cinelytic was founded by Tobias Queisser four years ago and has been building and testing its technology for three years. In 2018, the company was able to sign deals with many entertainment businesses, including STX Entertainment back in September.
While this would appear beneficial to studios for making better investments in their theatrical releases, it does beg the question of how much it will take away from from humans involved in creative decisions. Queisser has responded with: “What it is good at is crunching numbers and breaking down huge datasets and showing patterns that would not be visible to humans. But for creative decision-making, you still need experience and gut instinct.”
With Warner Bros. now onboard to use AI for these creative decisions, they may have flipped a switch for the majority of Hollywood to get in on this technology. We will have to see if this also interferes with creative-decisions, but for now, it could be a major tool for deciding on what movies will be shown in theaters. 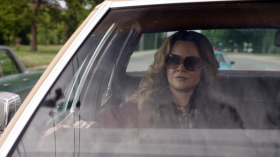