Erik's Most Anticipated 2020 Movies (So Far)

United Artists Releasing
United Artists Releasing
It's hard to believe that a new decade is upon us; 2020 sounds so futuristic, doesn't it? While I have my own personal wishes and desires for the next ten years, like first contact with our alien overlords and learning to cook, I think most of us can agree that it'd be nice to keep the good movies coming.
I took a long look at the movies that have been confirmed to release this year (until some of them are inevitably pushed back) and picked out a handful that I'm particularly excited about. After these, I just slapped together a bullet list of others that may or may not maintain my interest until their release date arrives.

––––––––––
Downhill
Downhill is an upcoming remake of one of the greatest films of the decade, Force Majeure. Starring Will Ferrell and Julia Louis-Dreyfus, Downhill is a dark comedy-drama film that follows some pretty serious marital-tension that's caused when a family is visiting a ski resort and an avalanche happens. The father rushes to get himself to safety without even glancing at his wife or children. Even though the avalanche doesn't harm anybody or anything, this makes the wife understandably quite upset, and all kinds of chaos soon follows.

Wendy
Beasts of the Southern Wild is one of the most beautiful movies of the decade, but as soon as it was released, its director and co-writer Benh Zeitlin sort of went radio silent. Then, out of nowhere seven years later, the trailer for his follow-up drops and reveals itself to be a unique take on the classic Peter Pan story. All of the signature ingredients that made Beasts so gentle and powerful are present, especially the music. Between the overall look of the children and the island and the tone of the voiceover, I'm more than sold and am really hoping this one gets the tear ducts running.

Onward
Pixar may have had a bit of a rougher patch in the early 2010's (with the exception of Inside Out), but their output is a lot less bad in hindsight. After the fantastic one-two-three punch of Coco, Incredibles 2, and Toy Story 4, Pixar's back, baby, and next up is another original story. I've loved all of Onward's trailers so far, but I still feel like we're not prepared for what exactly this story will entail. Yeah, everyone knows now that the story is about two brothers bringing their father who is currently in the form of a sentient pair of khakis back to life for a single day so they can spend just a little more time with him, but something tells me there's even more zany ideas to come. Bring it.

No Time To Die
I was never a big Spectre hater, but I wasn't really stoked on it either. I tend to forget about it and think that Skyfall was the last James Bond film made. Even though it hasn't been that long, I'm surprised at how badly I need that D-Craig 007 in my life, it's like a freakin' drought gosh dang it! The talent involved in this thing along with it being Craig's swan song, and especially because of that incredible trailer have all come together to get me counting down the days...

Untitled Chris Rock Saw Film
I remember when I first read that this was going to be a thing because it was literally the highlight of my week. I mean, come one people, not only did I learn that Chris Rock was an unironic disciple of Jigsaw just like myself, but that he was also planning to reboot this gloriously misunderstood franchise? Rock's a smart guy, and with his talent and genuine affection for these movies he might just be responsible for my most hyped "horror" film of 2020.

Soul
Everything I said about why I'm excited for Onward, go ahead and imagine it was copy and pasted here followed by the words "BUT EVEN MORE SO!" A Pixar film about death and rediscovering the thing that makes life worth living to you? Don't even try and say you're not intrigued. You are.

Bill & Ted Face The Music
Off the top of my head, I'm having a lot of trouble trying to figure out a better comedy sequel than Bill & Ted's Bogus Journey. The titular duo created by screenwriters Ed Solomon and Chris Matheson are timeless, and their endearing and totally-not-stoner charm is impossible to not fall in love with. The fact that Reeves and Winter are back as well as the original writers makes me most confident in this one's excellence.

Death On The Nile
I thought Murder On The Orient Express back in 2017 was a surprisingly fun time. I knew pretty much exactly what to expect going in, and not only did was I satisfied, but Kenneth Branagh's Hercule Poirot performance was just delightful af and put me the best possible mood for hours after leaving the theater. Now, with how much I loved this year's fantastic Knives Out, I'm afraid I'm gonna need a good whodunnit fix every year from here on out, so here's hoping Death On The Nile delivers.

Halloween Kills
After simply ignoring all the films that were released after the original Halloween, the 2018 Halloween was a breezy blast of slasher-goodness. You could feel the reverence it had for the original, and it continued Laurie's story in the most believable way possible. Since this is Michael Meyers we're talking about, of course he didn't die die at the end, but because the movie and journey it took me on were so good I couldn't wait for another helping. Knowing that there is indeed another one coming after this (titled Halloween Ends) might diminish some of my enjoyment when compared to last year's entry, but I'm excited all the same.

Dune
Denis Villeneueve directing a Dune adaptation is so perfect of a match that I can't believe it's taken until now to come to fruition. The cast is stacked, it's a two-parter so you better believe it's gonna at least take a stab at covering most of the ground the novel does, and it's Denis doing sci-fi again, surely this is as exciting a thing to you as it is to me!

Other Movies I'll Check Out Unless I Lose The Inclination For One Reason Or Another:
– Emma
– A Quiet Place Part II
– Promising Young Woman
– The SpongeBob Movie: Sponge On The Run
– Free Guy
– Bob's Burgers
– The King's Man
– Last Night in Soho
– The Witches
– Godzilla vs. Kong
– Coming 2 America
– West Side Story
– The Last Duel 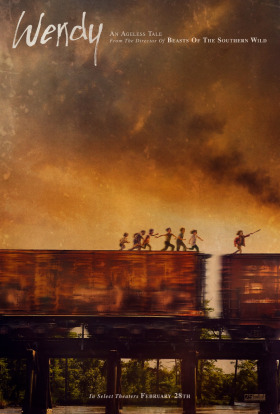 No Time To Die - UAR 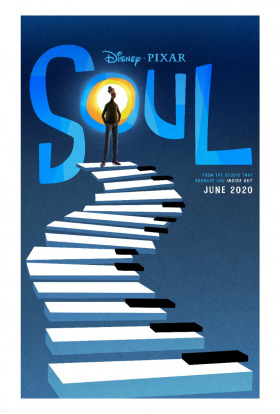 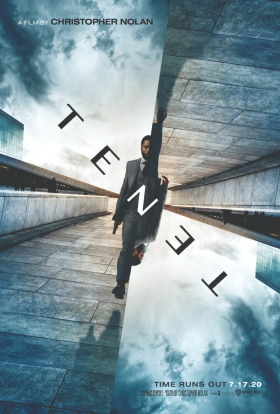 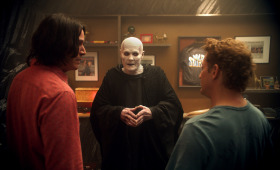